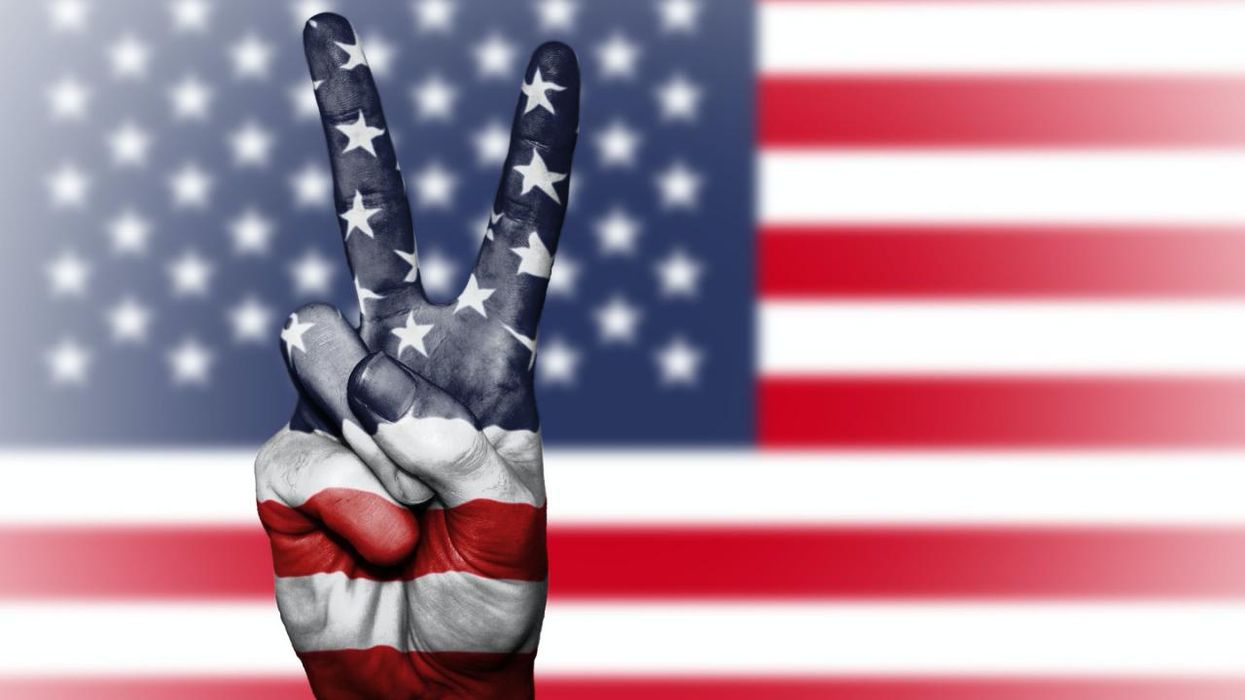 I want to talk to you about something that probably didn't make a lot of sense a long time ago. In fact, I can't tell you how many program directors and how many stations threatened to cancel. Or how many calls I got from the average listener saying;

What the hell are you even talking about when I talked about, the leadership of Martin Luther King.

I have done everything I can —

Now I think many are beginning to understand why I tried to lay that foundation. I have told you since September 11th that I have this feeling you are going to be the group of people that will, in the end, save the republic.

I've always believed that. I don't know how it's saved. It might just be preserved in our hearts, I don't know. But I believe it now.

I never wanted us to get to this point — everything I've done is to prevent us from getting here. But everybody is so politically tied to their side that no one will let their shields down and actually listen to one another.

And we're at that desperate point now.

You are equipped to save the republic because you at least hopefully have a fundamental understanding of the Constitution and the Bill of Rights. And you have at least a basic understanding of American history. More importantly, what makes this audience so phenomenal is that it is the most generous and service-minded audience of any show in America and perhaps the world.

That's part of what continues to be so frustrating about the Capitol invasion last week. Because you're being maligned.

I know who you are. This is the most peaceful, generous, loving, God-fearing, authentic and patriotic audience in America. And you are frustrated and you are tired of being hit in the face and being called bigot and everything else no matter what you do.

I've been called an anti-Semite just in the last 24 hours by everybody, unjustly.

You are now being tainted by the actions of complete imbeciles who do not represent you and me. It's not fair. But that's the hand that we're being dealt and

God is in charge and He is not surprised.

We know the left's current tactics fail in the long run. Silencing. Canceling. Taking away rights.

We know the left's current tactics fail in the long run. Silencing. Canceling. Taking away rights. These are the hallmarks of regime, after regime, after Marxist regime on the ash heaps of history. Now China is still there because they've taken the so-called free market and took the capitalist system and they combined it with their Marxist utopia.

I don't know what's going to happen to the people over there. Especially seeing that our high-tech has joined them to weed out the dissidents. But it's not inevitable that we join them.

And it is going to require us to take a stand. Just not in the way that most people — especially if they're angry — think is most effective. Look at the ratings of BLM. 78 percent of Americans, at the beginning of the summer, thought that they were swell.

That number is in the low 20s now. Why? Because violence doesn't work.

I don't know if you saw the fellowship of the ring, but if you did, do you remember when Frodo said: "I don't want to do this!"

He's lamenting having to face down the evil and he's just one guy. I'll never forget it because it was right after 9/11, that the movie came out. I'll never forget Gandalf's reply. He said: "So do we all who live to see such times. But that is not for them to decide. All we have to decide is what we're going to do with the time that is given us."

We can't decide what others are going to do. We can't control the dangerous Orwellian darkness that seems to be descending on America. All we can control is our response and strive to lead by example. If you know anyone in your sphere of influence who might be planning to attend one of these armed rallies in the coming days, beg them not to go. Do everything you can to stop them.

That's not a way to take a stand and it will not protect anything you hold dear and it will endanger the republic. It is what the other side wants.

So how do we take a stand?

The first thing I need you to do today is to

help lower the temperature. It has been so hard for me not to respond to people on Twitter who have called me every name under the sun because I quoted the leading Holocaust historian last night on Tucker Carlson.

But see, that wasn't an attack on me, that was an attack on Tucker. If you can scare the guests from coming on to Tucker, you destroy Tucker. That's what they're doing.

Do not vent your anger on social media. At this point, it is probably just going to get your account shut down.

Blessed are the peacemakers. For they will be called the children of God.

That means something today, much more than it did six months ago.

Blessed be the peacemakers.

And this is the hard part, you can't disconnect. Because things are moving too rapidly.

You must stay plugged in.

But I want you to reach out to someone in kindness on social media. Encourage someone.

Do not engage with the darkness. Be the light in the corner of your world.

You need to be a leader for what is to come.

And I know I'm asking you almost the impossible. I know you're angry and frustrated and it is gut-wrenching to feel that you're powerless to stop your nation from what you believe is sliding into the abyss.

I believe it too, with everything in me. I wish I was wrong. I hope that I am. I pray that I am. But know this: You are not powerless. You are not voiceless. You may be the only voice that anyone hears. Voices like mine will go away. I am trying to think of what I need to share with you before, God forbid, that ever happens. Because I cannot live with myself if I talked about something stupid politically and I find my voice silenced and then saying, I wish I would have said this or I wish I would have told them that.

If you're like me when you get angry, you think that you are going to take on this challenge on your own — you are not being humble. You think you'll fix it. Everything that is happening to us is because we are an arrogant, out of control people.

We must humble ourselves. Please, you have the skill and the strength to endure the fiery darts that are going to come your way or already are. But this is a problem with our hearts.

You cannot reach someone's head without capturing their heart and no one is going to capture anyone's heart through violence.

Start in your own home and then reach out and if you're able, serve your neighbor. If you can, serve your local community. You must be a beacon of light in a very dark place. I'm going to ask you to do something you're really not going to like. And that's how I know things are from God. When I hear something or I think something and I'm like — oh crap, I don't want to do that — and you just know it it's right. You just know it's what God wants. And you're hoping that maybe you didn't hear it.

And it's so horrible. Because it's the last thing you want to do. But God is unlike many of our churches and preachers, He doesn't tell us what we want to hear. He doesn't have to pay for the church or get collection. Or be judged by how many people go.

Rise above the fray, with service and love, with malice toward none and charity toward all.

He'll say the same thing and he'll lose whole flocks. And they'll eventually start to go — oh wait, where is the Shepherd again?

But I have to tell you now some things that I want you to do. And they're not new.

But I need you to hear me.

I am asking you if you want to stand for the republic, I need you first to pray.

Because you don't. Because hatred does not come from any good place.

Then I want you go out and serve someone in any way possible.

On inauguration day especially, get your family and your children involved.

Volunteer somewhere, take someone a meal.

Do something to lift the spirits of hospital workers or your local police department.

Help a stranger mow a lawn, fix someone's car, pick up trash on the side of the highway. Do what you can do. But the most important thing is to do it with a sincere heart. And if someone asks you, why are you doing this? Just say, because I love my country.

Rise above the fray with service and love, with malice toward none and charity toward all.