RUSH: By the way, Dick Durbin has come out and said Hillary Clinton was wrong to tell Biden not to concede. In a stunning surprise, Dick Durbin actually rebuked Hillary Clinton yesterday for saying that Biden should never concede the election. Durbin was on This Week, which is the Clinton war room run by George Stephanopoulos on ABC, and he disagreed with the comment Hillary made last month. 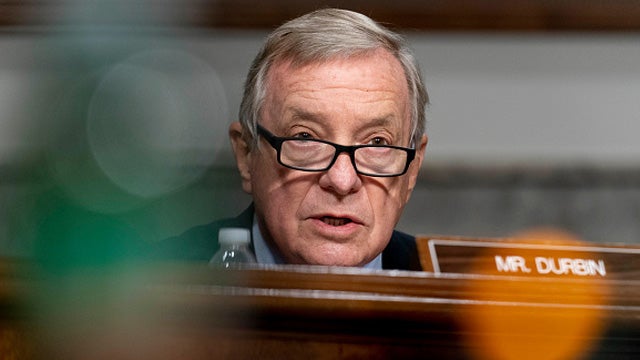 Durbin says that Hillary was just flat-out wrong. Those are very bold words from Durbin, who wouldn't have dared say anything like this three years ago. So I think that Durbin openly distancing himself with Hillary on this. And this is a big deal, by the way. You have Hillary Clinton out there advising Plugs never to concede, and here comes Durbin saying, "Nah, nah, nah. That's wrong."

You know what that tells me -- and it may be no great revelation to you -- but it tells me that in the Democrat Party, she's toast. She's had it. She no longer has this, in her own mind, imagined position of power and respect. If Durbin is willing to so publicly disagree with her -- and this is a serious claim. Don't concede. That's gotta be a major part of the strategy.